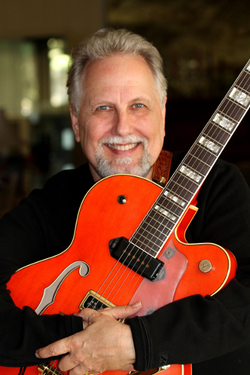 Nashville, USA based Bobby Cochran (guitar/vocals) is a master guitarist who was influenced at an early age to pursue a life in music by his uncle - none other than 50's legend Eddie Cochran.

His career to date has seen him work with many successful acts including The Flying Burrito Brothers and Steppenwolf along with musicians such as Leon Russell, Bob Weir (The Grateful Dead) and Kenny Gradney (Little Feat).

Bobby is known for his virtuoso display of electrifying rock, country and blues.